We made landfall in Sydney on Monday the 5th of December. We have now crossed the Pacific Ocean, what a great experience it has been! We are super excited to finally be here, entering Sydney harbor on Kenobi with the opera house and the harbor bridge in front of us is something you have been visualizing for some time now. At the same time, you know your journey is coming to an end soon, making the experience somewhat two-folded.

We entered Sydney harbor as a big thunderstorm started to form over the city. lightning all around, and rain pouring down on us as we approached the inner harbor and Sydney harbor bridge. We had to go straight to the customs office in neutral bay to check in with the notorious Australian customs. We had to tie up to a big old rusty Chinese fishing vessel at the dock which the customs people had to climb over to make it to our boat. The officials were really nice, professional and efficient and an hour and a half later we could make it down to blackwattle bay to anchor just next to the central business district just before dawn. Really different view than what we have gotten used to during the last year… 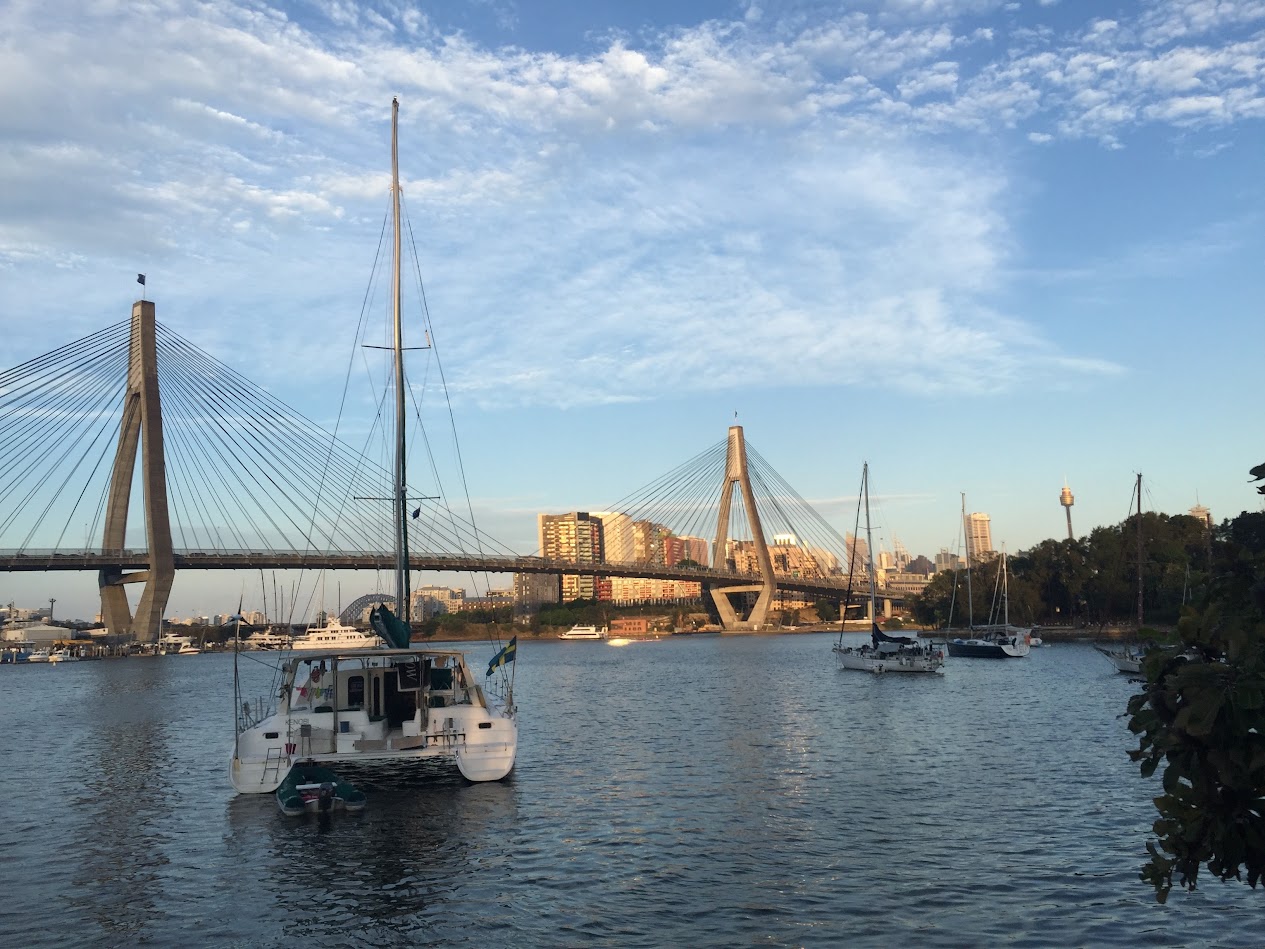 We have been here for about 10 days now enjoying everything this civilized huge city has to offer, shopping, having nice dinners at restaurants, drinking cocktails in cool bars and just having A LOT of people around. It is also great to have 4G internet connection available at hand all the time, this is something we have not really missed during the trip but you realize it is kind of nice to have… Coming from the hot tropical climate of the south pacific islands we found the weather here to be pretty cold. During the days and in the sun it was still hot but otherwise you had to put a shirt on and wear shoes, what a strange feeling. The weather has actually been shifting a lot from day to day, now it has been 18 degrees and raining for 2 days, perfect weather for blogging though. 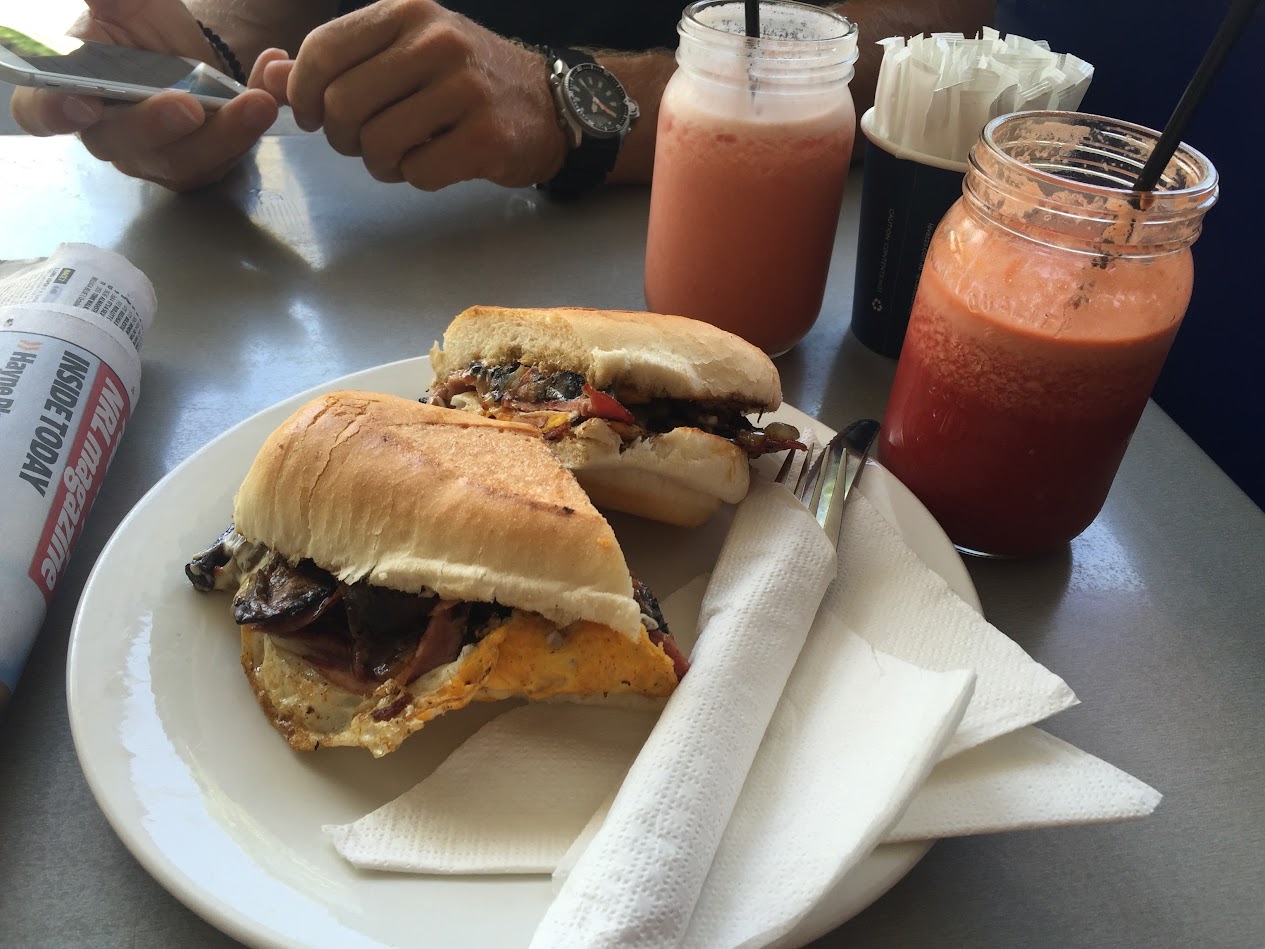 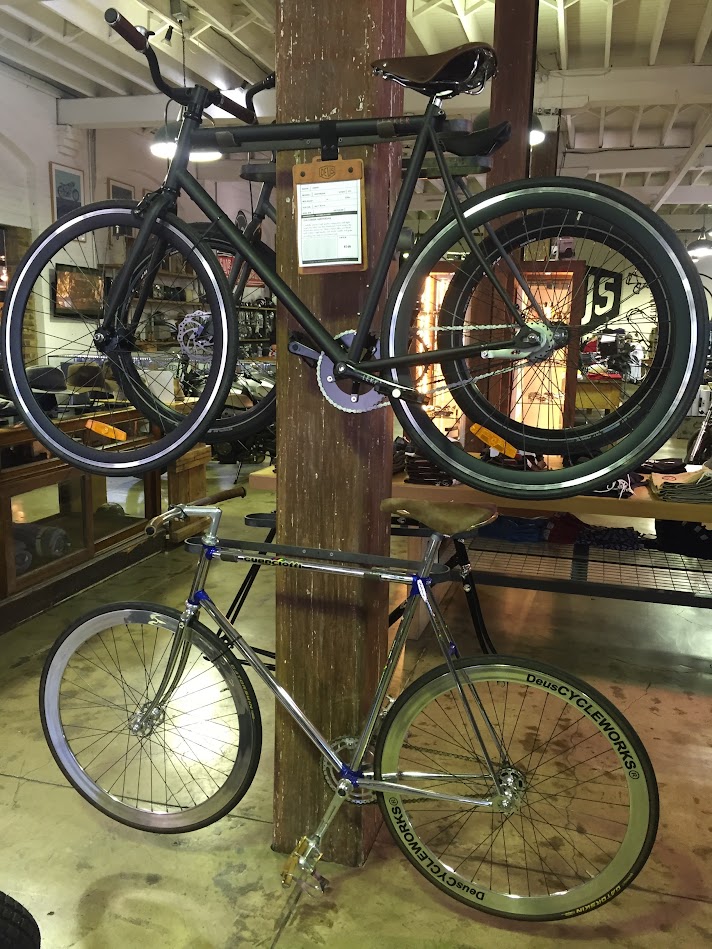 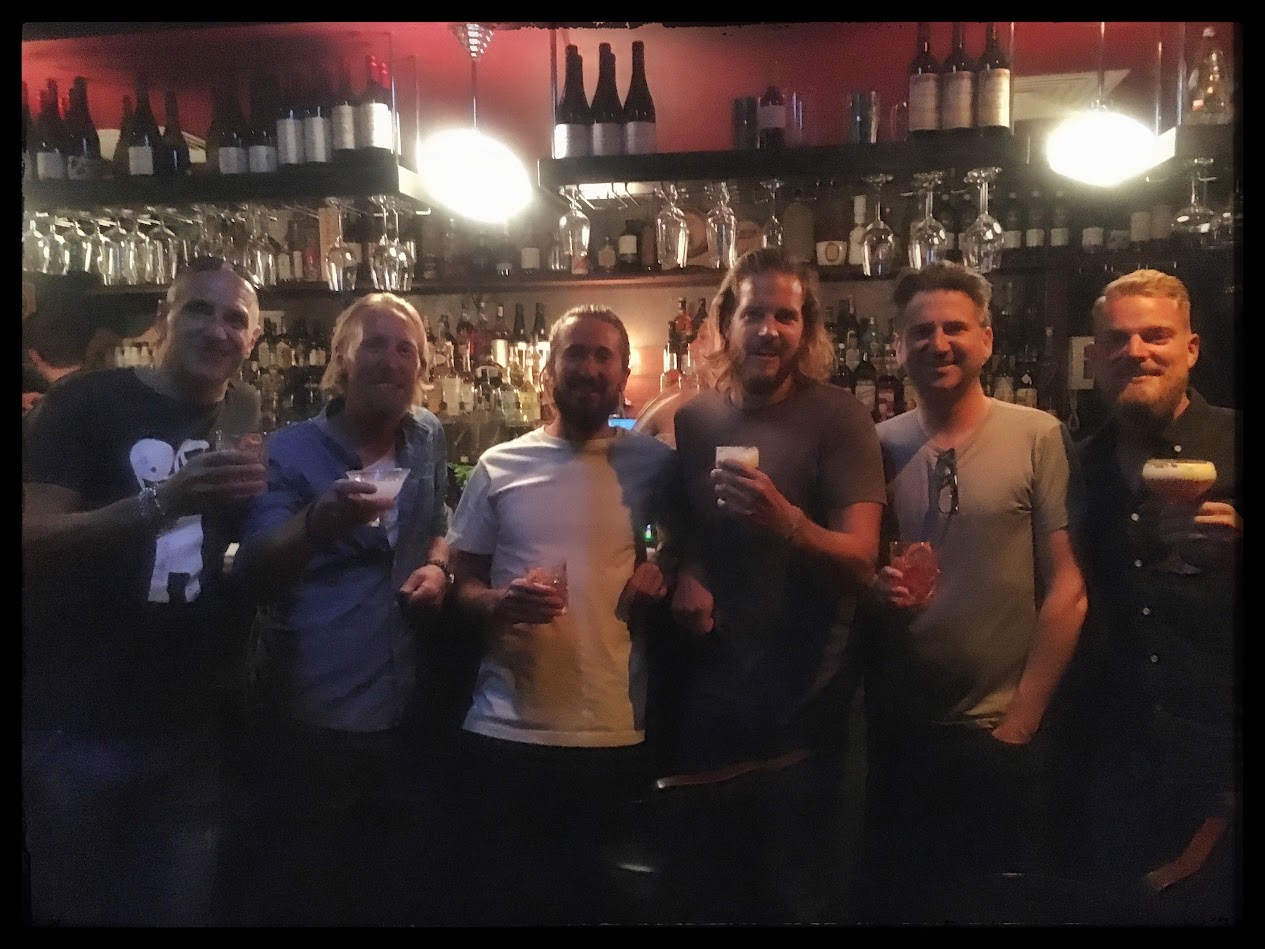 The first week we spent in the downtown anchorage. We spent the days downtown just hanging around the city enjoying ourselves and taking it pretty easy, trying to acclimatize to our new surroundings. Johan’s parents arrived in Sydney the day after we did. We, and especially Johan, spent time with them both on the boat and in the city. It was really fun to show them our home for the last year (Kenobi) and share all our stories face to face. We also spent some time with an old family friend of Lukas, Uffe, who lives here since 28 years. We went to a really nice dinner, barbeque of course, at his place together with his family and good friend Fredrik (also Swedish) with wife. This really friendly and funny guy was a bit of a gadget nerd with the latest media and hifi setup, a sous vide machine, big barbeque and an advanced espresso coffee maker and grinder. You got to realize that the city life style can be pretty sweet too. We had a great evening at his place and enjoyed the best dinner in a long time, sous vide prepared and barbecued tender loin with garlic butter and potato gratin, together with many different craft beers and completed with a superb shot of espresso coffee.

The Monday after we arrived we took Johan’s parents out on a day sail. We sailed through the harbor and went out on the ocean. The conditions were rough with 20kn winds and some troubling waves, eventually some of our guests started to be a little bit sea sick so we turned back to the calmer waters of the harbor pretty soon. Instead of going back down town we decided to pick up a mooring buoy off Manly in the north part of the harbor, we have stayed here since. Johan and his parents took the ferry back to town later that evening and left for Brisbane the next day together. Johan will meet us up in a few days somewhere along the Australian coast between Sydney and Brisbane.

Manly is a suburb on the north shore of Sydney harbor. It is somewhat touristy but we have fund it to be a really nice place with many bars and restaurants, having the ocean beach on one side, and the calmer harbor side beaches on the other you have a lot of water activities to choose from. Here in Manly we have met up with some friends (not sailors) we knew from before, Suze, a friend of Lukas and Erik, a friend of mine. 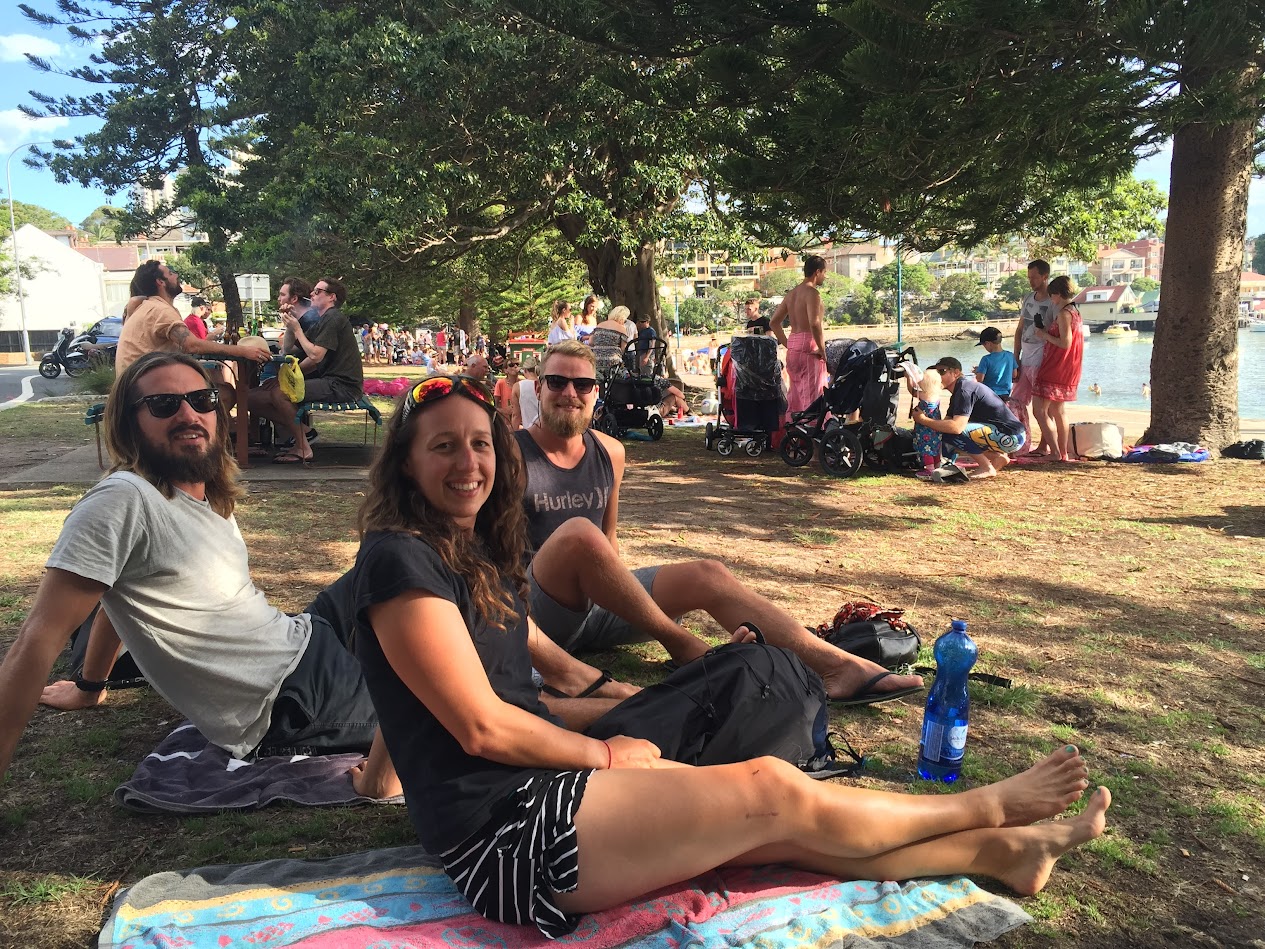 We met a friend of Erik’s called Josh who hooked us up with radio stations here for interviews. So far we have participated in one radio show on SBS Norwegian, a Norwegian speaking station here in Australia. Josh was a cool guy from the US living here since 13 years. He runs his own charity/volunteering blog site to promote different small charities around the world by taking on big adventures and challenges. His charity is called “Outspire” see links below. For instance, he completed the 90 km long ski race “Vasaloppet” in Sweden this year and his next challenge will be to complete the 700km “Arctic mountain bike challenge” in Norway in 2017. The idea is that he creates a lot of attention to a certain smaller charity by doing these challenges, he promotes the charities through his blog and by appearing in TV and radio shows etc. He invites people to donate directly to the charities he supports, not a single percentage of the donations ends up in his pocket. So people, find his website and see if there is something you might be willing to support, or just follow this guys’ amazing challenges.
Website/blogg: https://www.outspire.org
Facebook: https://www.facebook.com/outspire.org/

A fun fact is that he knows two other friends of ours back in Sweden, all separate from each other. One good friend of mine and Lukas and one friend of Lukas, what are the odds?! This guy must really like swedes. 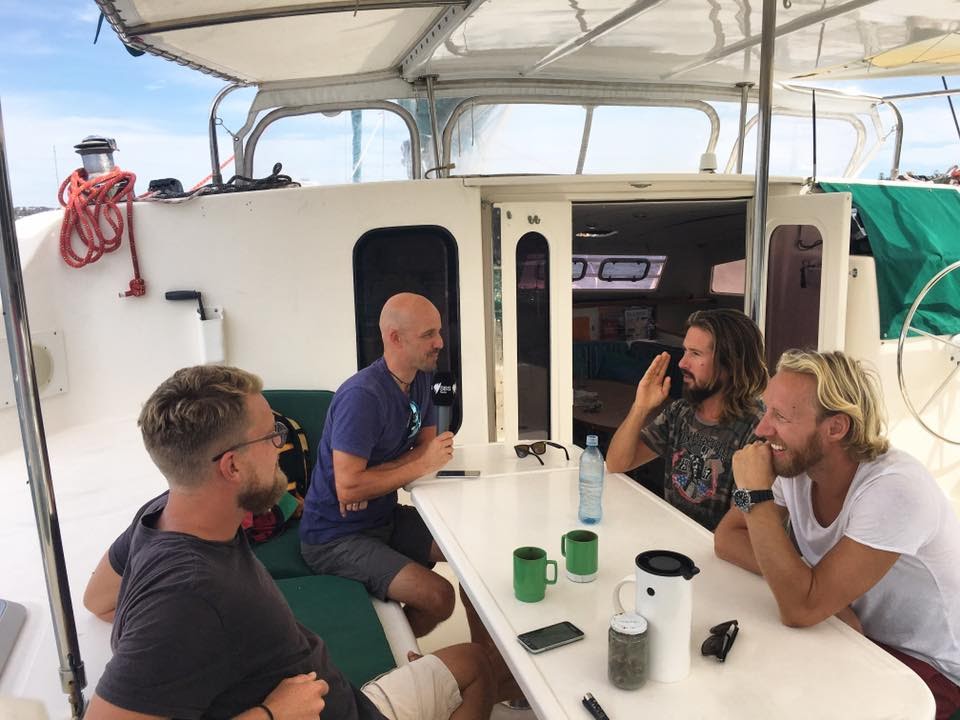 Frank interviewing us for SBS Norwegian

The other day Josh and Erik drove us to the airport to leave Simon who is visiting a friend in Byron bay for a week, then took me and Lukas to IKEA to buy some Swedish Christmas food. Now we can celebrate Swedish Christmas on the boat with traditional Swedish delicacies like pickled herring, knäckebröd, Kalles kaviar, julmust and pepparkakor. 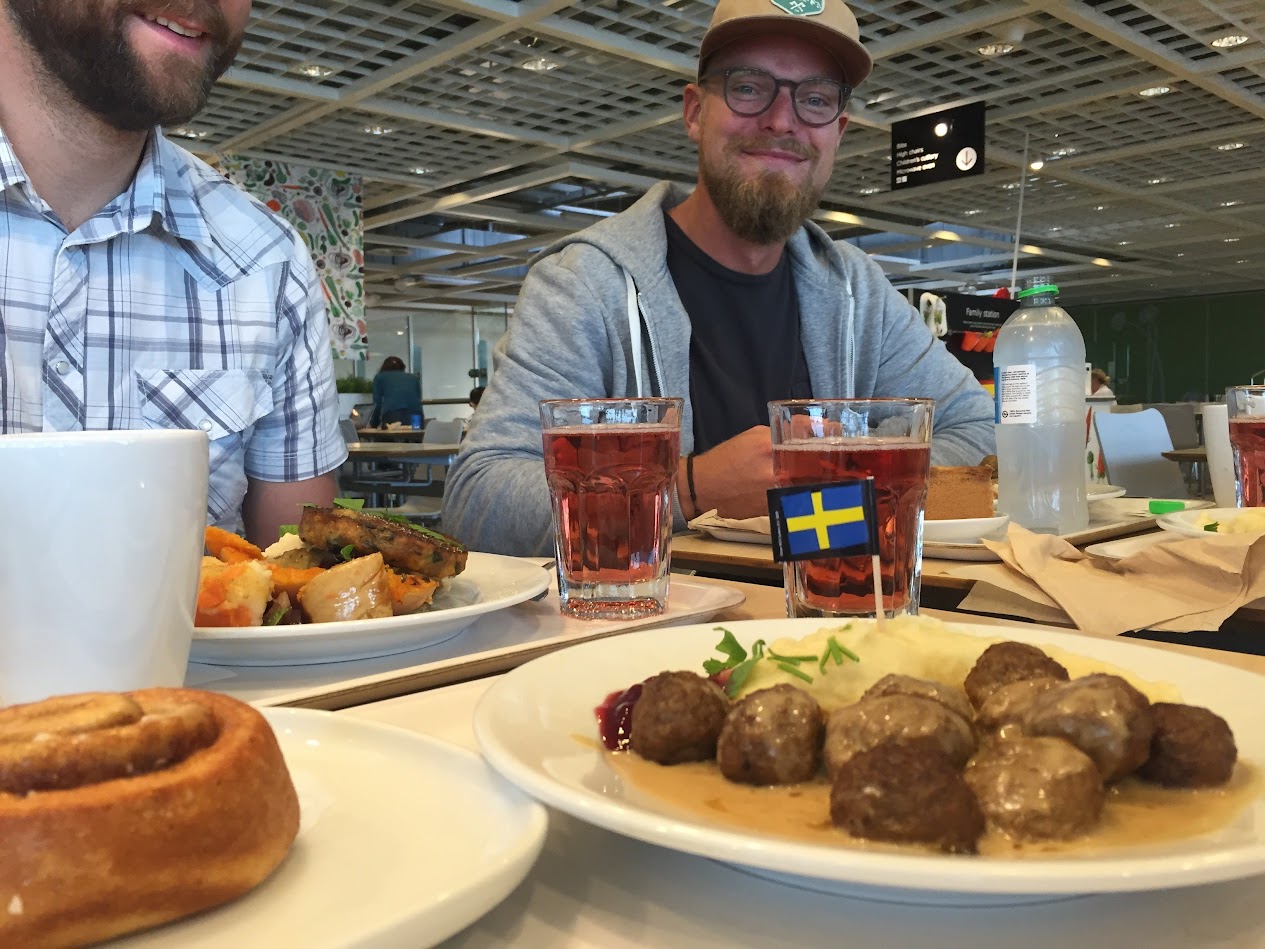 Swedish meatballs at Ikea with Erik and Josh.

There are now only me and Lukas still on Kenobi, with Johan and Simon out on shore leave. The plan was for us to sail north on Thursday the 15th already but some foul weather systems are keeping us in Sydney a few more days. Not a bad place to be forced to stay though… We have some friends flying in from Sweden to celebrate Christmas and New Year’s eve with us on the boat, one of them is arriving tonight already. It will be fun to see one of my best friends Lukas (not the captain) again after nearly one year. In the beginning of next week our good friends Rasmus and Jenny will meet us up in the town of Yamba up the coast. The plan is to leave Sydney on Sunday to sail straight to Yamba, some 300M or 2 days north of Sydney. There we will meet up with the other guys before we continue cruising up the coast towards Brisbane where we plan to celebrate New Year’s eve.