Meeting the Marsters at Palmerston Atoll

← Ciguatera poisoning in Aitutaki NEW: "Fishing Tips" page is up! →

We are glad we decided to make this quick 6 hour stop at Palmerston Atoll, a unique place in many ways. The history, the scenery and the people made it all worthwhile.

Palmerston is one of the 15 Cook Islands. This is a true atoll with a fringing reef with small islets (motus) surrounding a shallow lagoon, it felt like being back in the Tuamotus again. The lagoon has a few smaller passes for motor boats and one that is possible to enter with a sailing boat. Though the island rules don’t allow yachts to enter into the lagoon, they need to use the mooring buoys on the west side of the atoll. Because of this yachts staying here do not have good protection from wind and swells from the west, this is the reason we decided to sail to Aitutaki instead of Palmerston a week ago.

Formerly being an uninhabited island, In 1863 William Marsters, a ship's carpenter and barrel maker, arrived on Palmerston with two Polynesian wives and annexed the island from the British government. He added a third wife and sired a large family of some 23 children. In total they say that about 20 000 people are direct descendants of Mr Marsters. In 1954 the family was granted full ownership of the island. Three branches of the family remain on Palmerston today, each branch being descended from one of William's three wives. 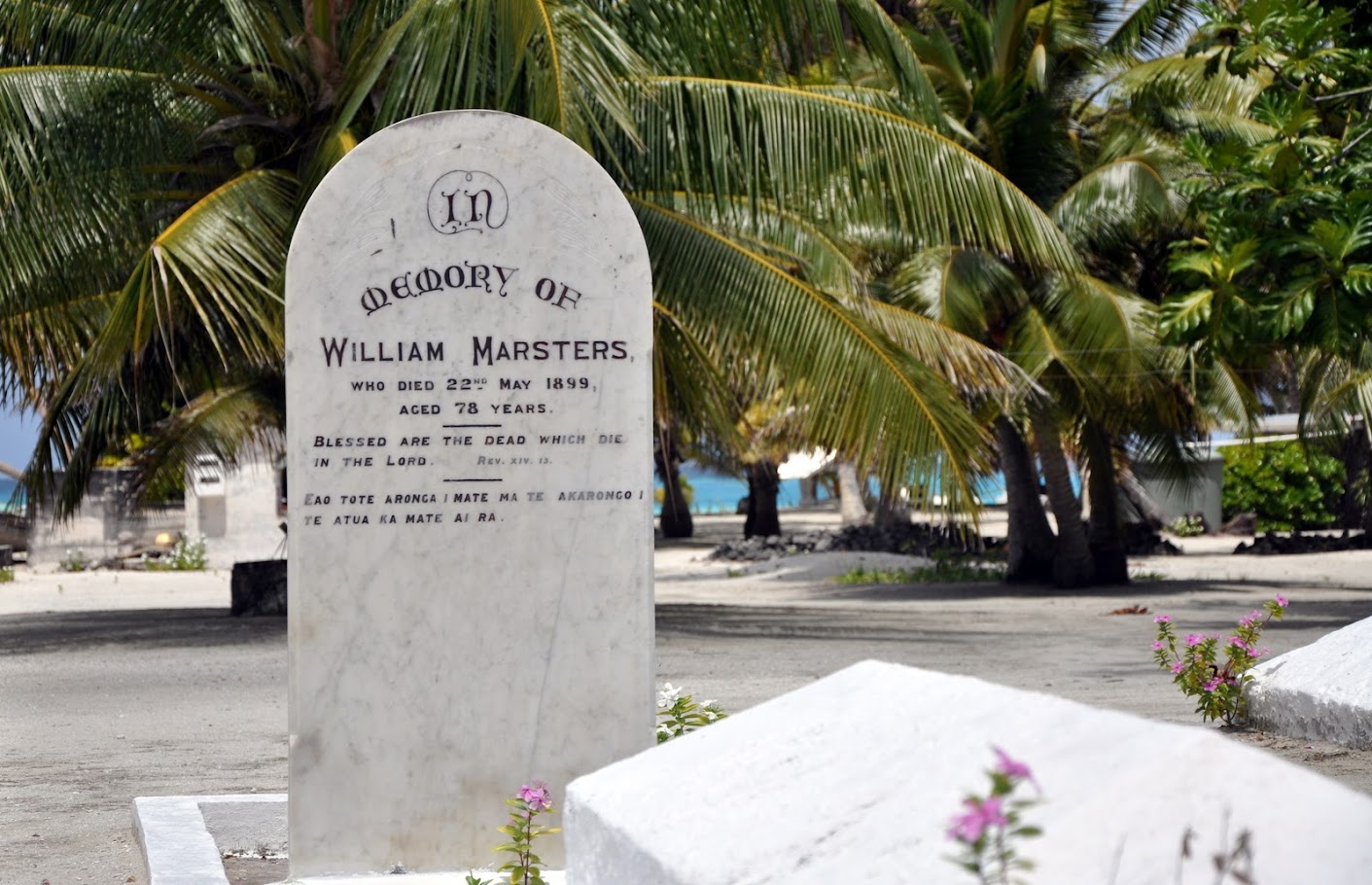 The greave of William Marsters, with whom it all begun.

It was an interesting to see the dynamics between the three families living here. They live very close together and are very dependent on each other, at the same time the impression is that they are quite different and they didn’t always agree on how to do thing on the island. We spent some time with two of the families and talking about the same matters you could tell they had different views of things. It especially became clear that a head of one family was more of an entrepreneur and wanted to attract even more cruisers and also other tourists, but he was held back by some more traditional forces. Though I must say that they made a god job in keeping the island genuine, making it a very special place to visit.

The people of Palmerston have really engaged themselves in making this island the most cruisers friendly place in the world. We have never came across hospitality close to this anywhere. When you approach the island you are supposed to call the island on the VHF, then the families almost compete on being the first to come out to your boat and welcoming you as their guest. They take you ashore, show you the island, offer you lunch and/or dinner every day and are sort of responsible for you well-being during your entire stay. I guess it have been a tradition here since a long time. All the families have set up areas for hosting many cruisers like bar areas and big dinner tables. I guess they also enjoy being in contact with the outside world this way, Palmerston is a very remote place. Of course in the end you also give something back to your host. Being this remote they appreciate items that are hard to come by or expensive here like outboard engine fuel or oil, tobacco, liquor etc. 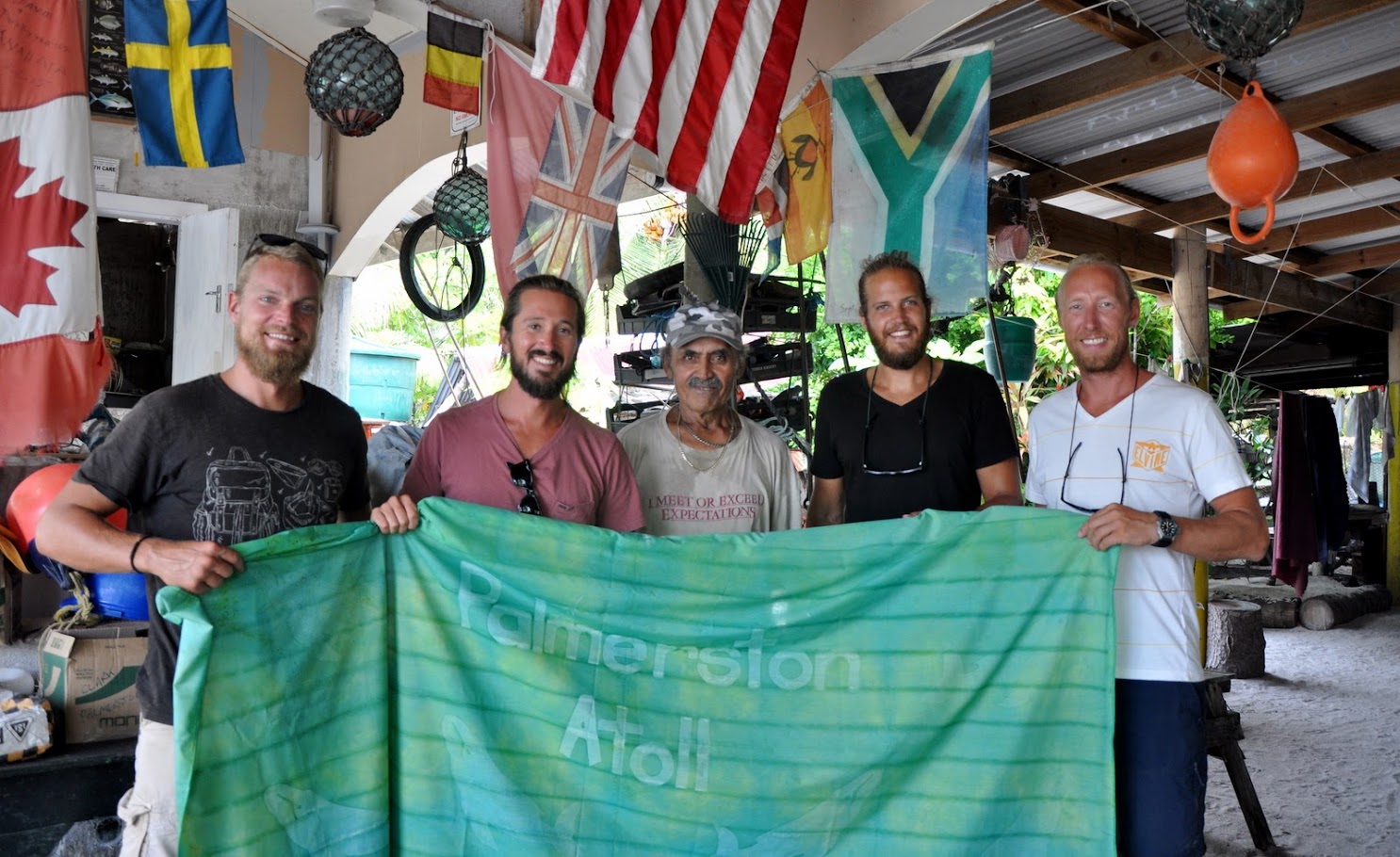 Bill's place. You can tell a lot of cruisers have been here from all the flags... 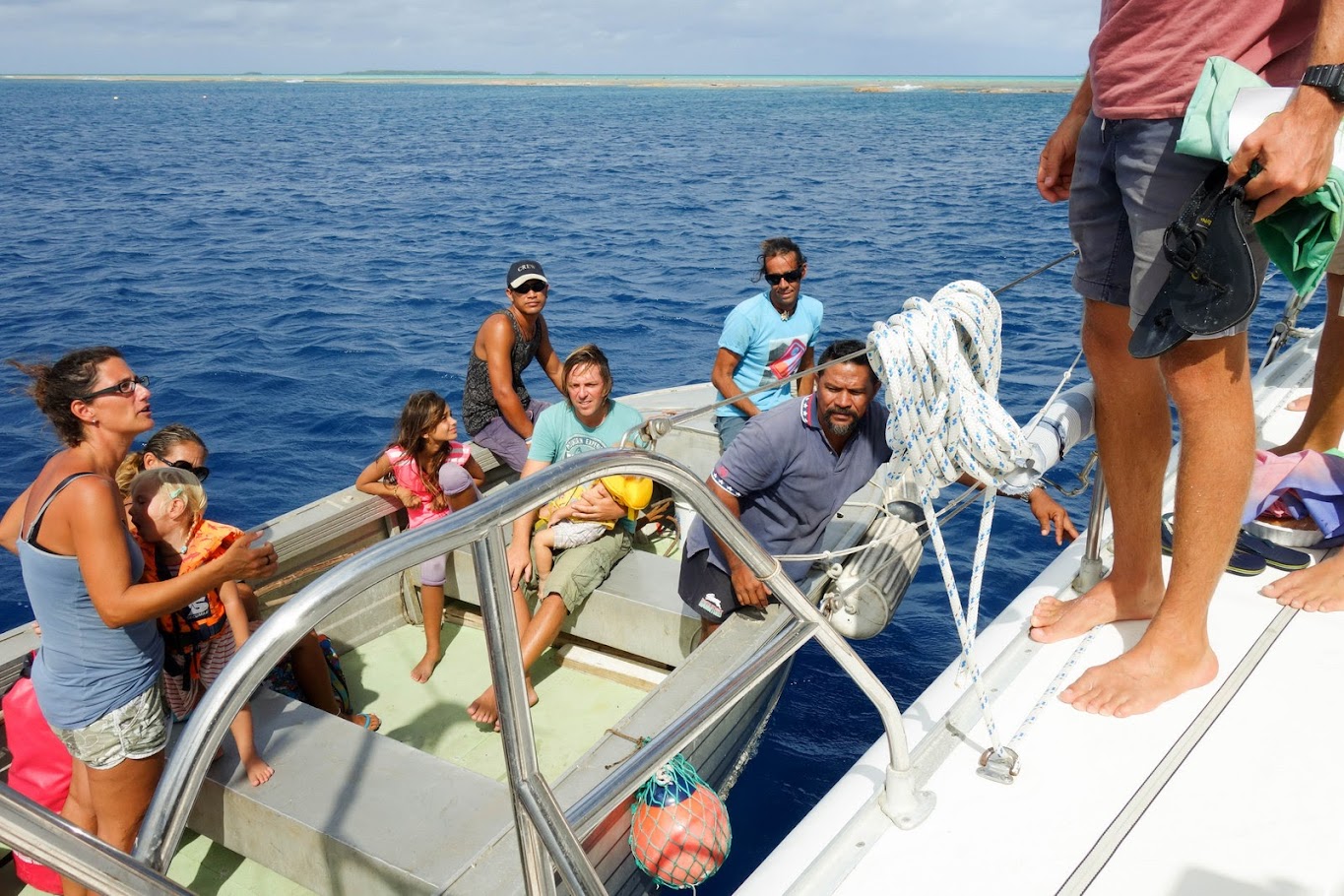 Your host took you to and from your boat to the island. Also here were the german family on "Zig Zag". Cruising with two small children, impressive!

Even though we had a delivery for the family of Bill, we were hosted by Edward, I guess it was their turn to host this day. We spent a great day with Edward and his family, we were on a tight schedule but managed to see a lot during our short stay. They gave us a tour of the island including visit all three parts of the village, seeing the school, visiting the new solar panel plant, and finishing off with a lunch together before we made our way over to Bill Marsters during the afternoon. At the local school we met a couple from the US and South Africa who came here working as teachers 7 months ago, they really enjoyed the calmness of the island. The school had 5 teachers and 19 pupils, you don’t see that ratio back in Sweden. All the island was very clean and organized, they had arranged nice roads, lit at night with the new solar electricity. After a nice lunch with Edward and his family we went to see Bill at his house. He was really appreciative about the delivery and gave us some nice gifts (handcrafted accessories and parios, bananas and more) and stuffed us full with ice cream, cakes and cookies during our visit. This was really a character (the entrepreneurial guy…) and it was fun to hear his stories about all the fellow cruisers who visited Palmerston before us. 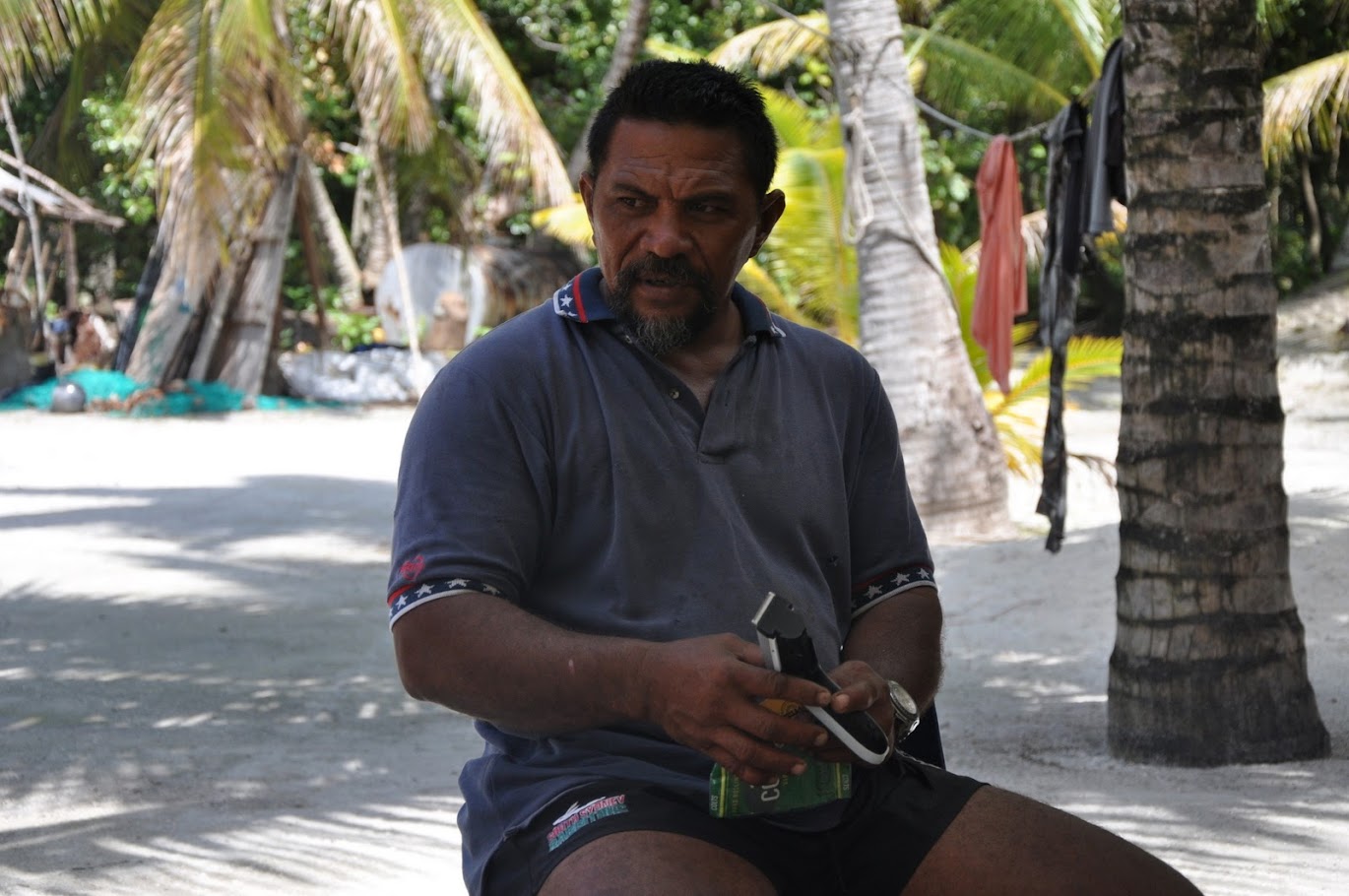 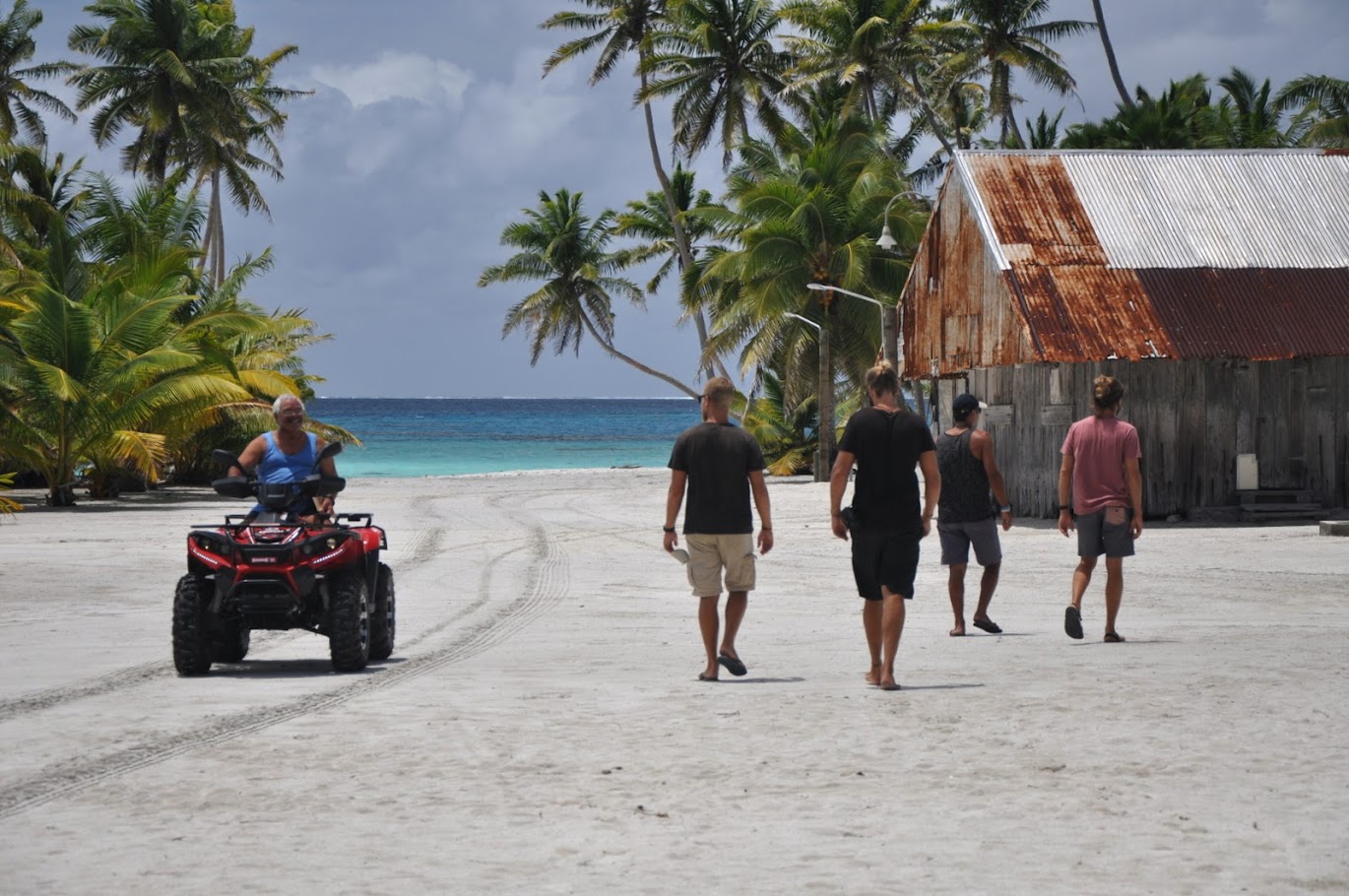 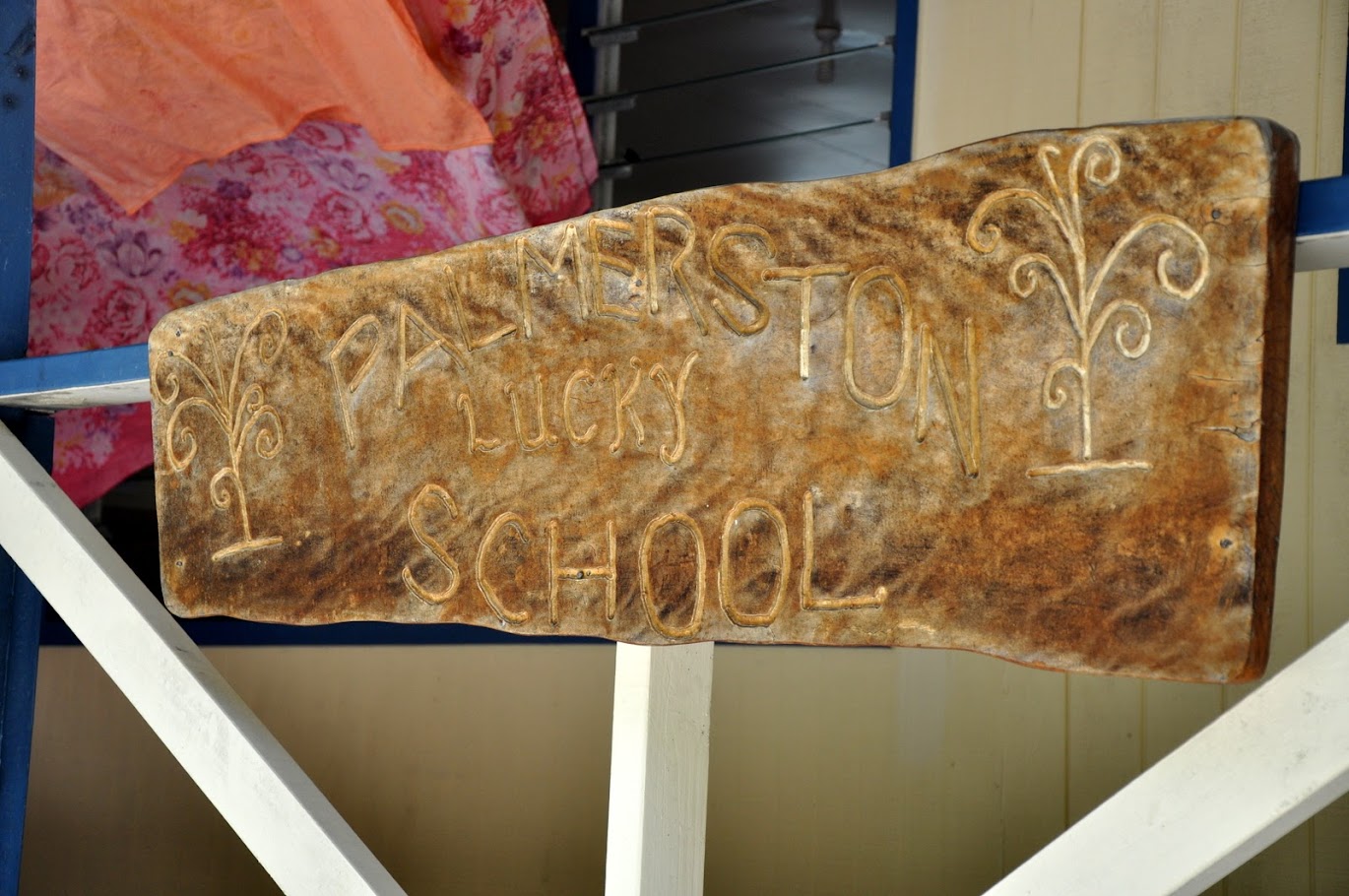 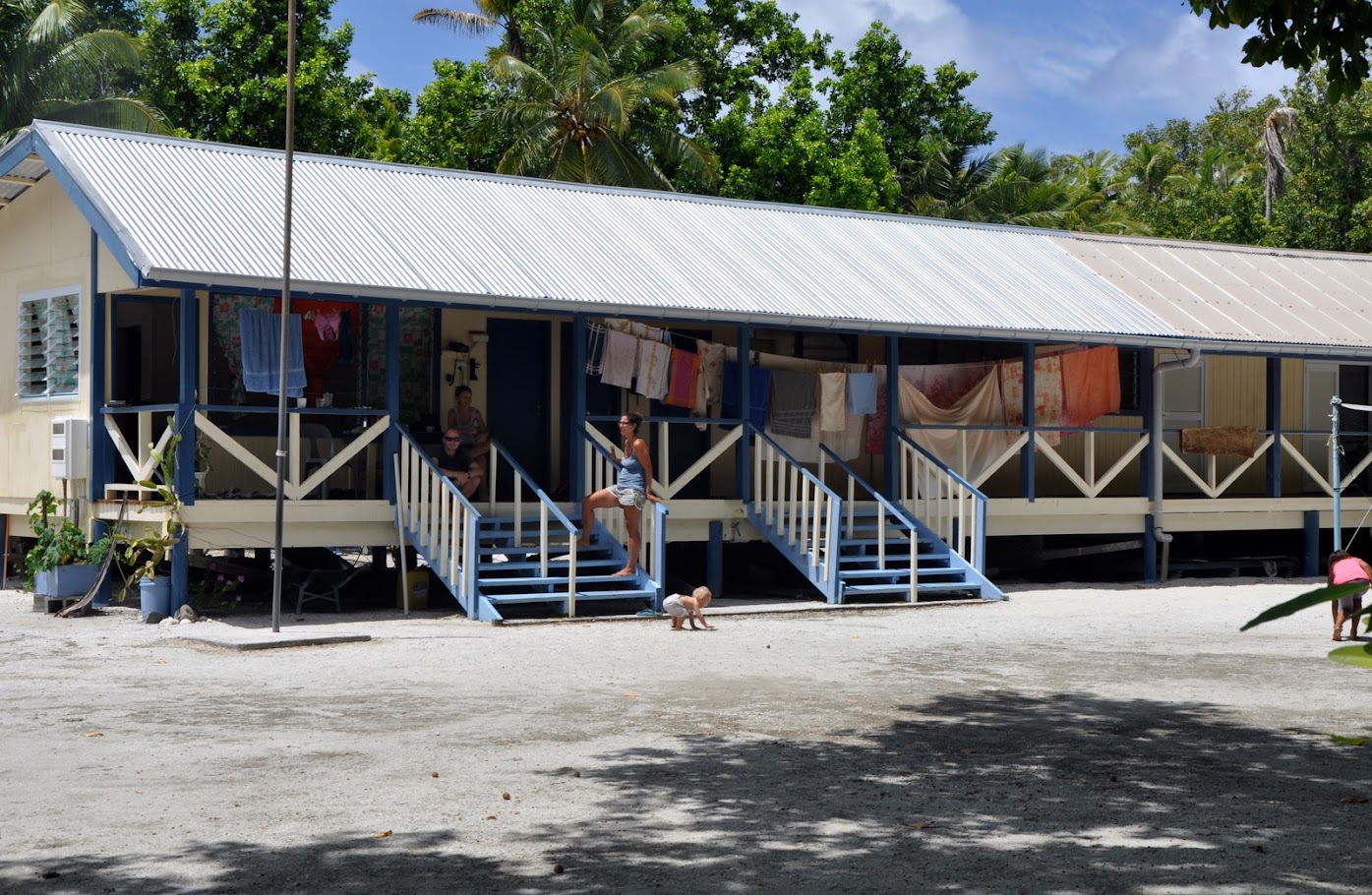 School building, and home to the US/RSA teacher couple. 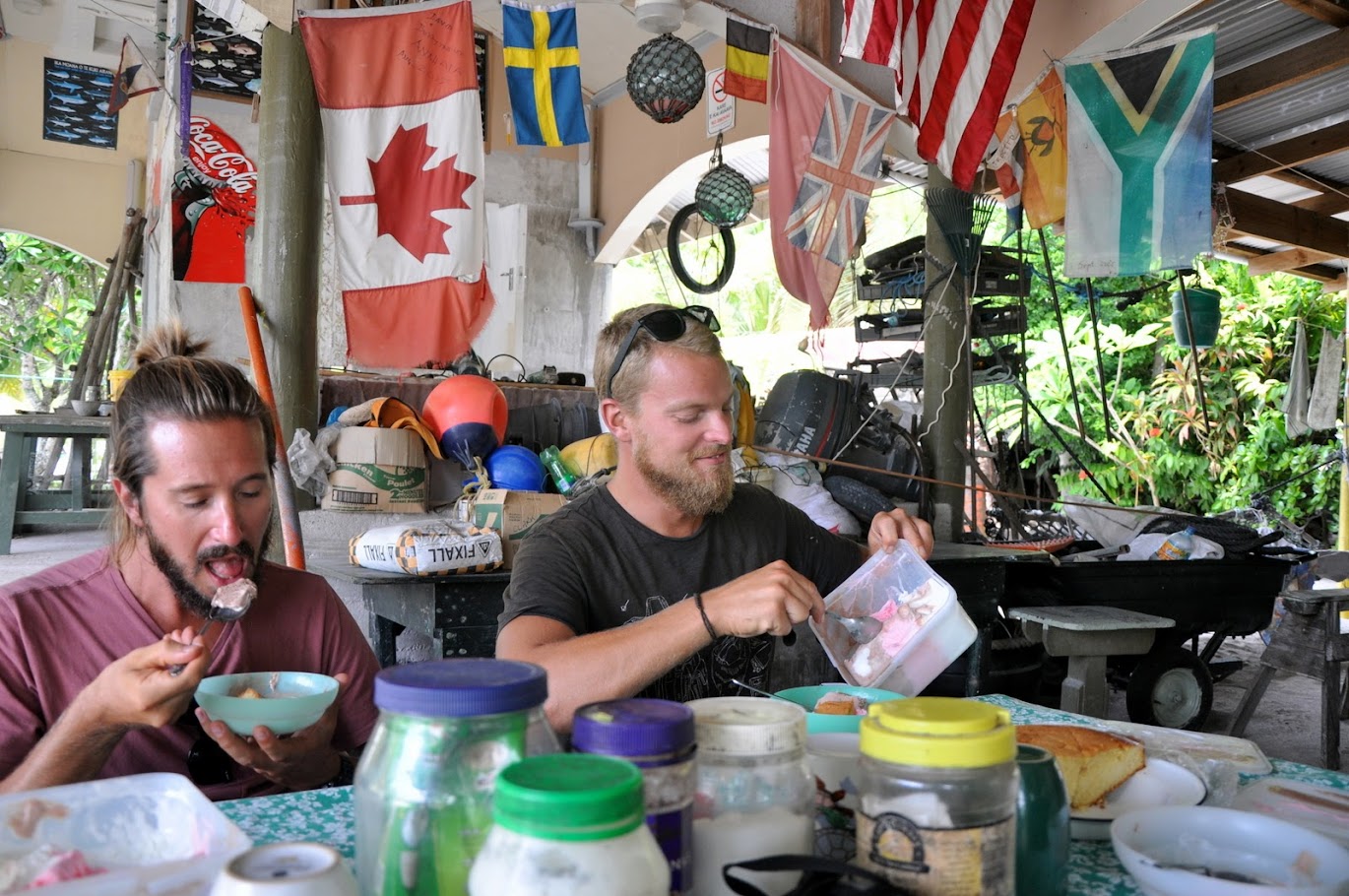 You can tell Lukas and Hampus are enjoying the ice cream.

Before heading out to the boat again we checked on the weather online, no problem at the wifi hotspot “down town”. We wanted to catch as much of the current good winds as possible so we left the mooring at Palmerston mid afternoon the same day as we arrived. We wanted to sail straight to Tonga but it looks like this weather window will only take us as far as Niue before the wind turns against us again. Like the professional sailors we are, we hoisted the mainsail still on the mooring and furled out the genua while collecting the mooring lines on the bow. Looking forward to another 3-4 days at sea. 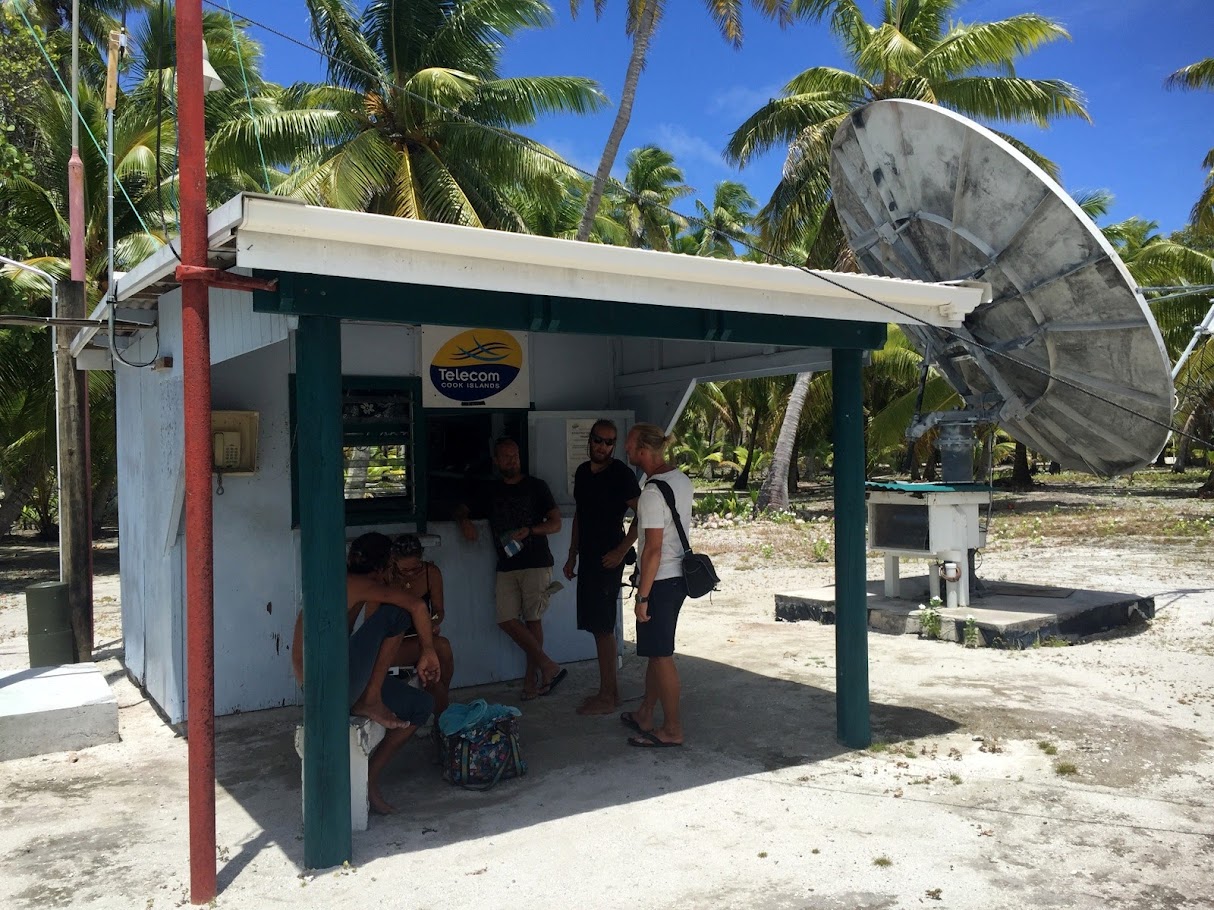