← On the Hard in Cartagena Quick update from Panama – We are now in the Pacific Ocean! →

I had really hoped to spend at least a couple weeks in San Blas as I’d heard so much good about it. It’s a huge archipelago of islands along the northern coast of Panama. Many parts are unpopulated, only coconut palms, crystal clear waters and coral reefs. Notoriously hard area to navigate so sailing is only possible in daytime when you can see the reefs through polarised glasses. The people who live here are the Kuna indians who are still holding on the their original traditions and sailing around in wooden canoes. Also my good friend Oli from Iceland who i met sailing the English Channel is there with his girlfriend Antonia and I really wanted to meet them. They now have a 54ft yacht called Santa Cruz and are doing charters in the area.

We had originally planned to be in Panama by the beginning of April but buying the boat and being hauled out in Cartagena and all had taken longer than we thought. So now it is getting late in the season and we need to move on towards the Panama Canal. Anyway, we had to do one stop and Oli gave us the coordinates to a beautiful anchorage at Hollandes island. We left Cartagena at night planning to make the 200M in 36h so we would arrive early in the day with good light. But the wind was just perfect coming from the side on our rhumb line tack and we had problems keeping Kenobi under 8 knots! The sea was calm and life on board was good. Even better at 11:00 when one of the fishing reels started screaming. About 30m behind the boat we could see a sailfish doing spectacular jumps! We had lost the other swordfish hook-ups before so really wanted to get this one. It proved to be hooked really well and even though they jump a lot they are not strong fighters. After only a couple minutes we had landed a 11kg fish with an impressive length of 193cm. Very tasty fish, much better than the larger marlin I had tried before and we now had some nice fillets to bring to our Icelandic friends at the anchorage. 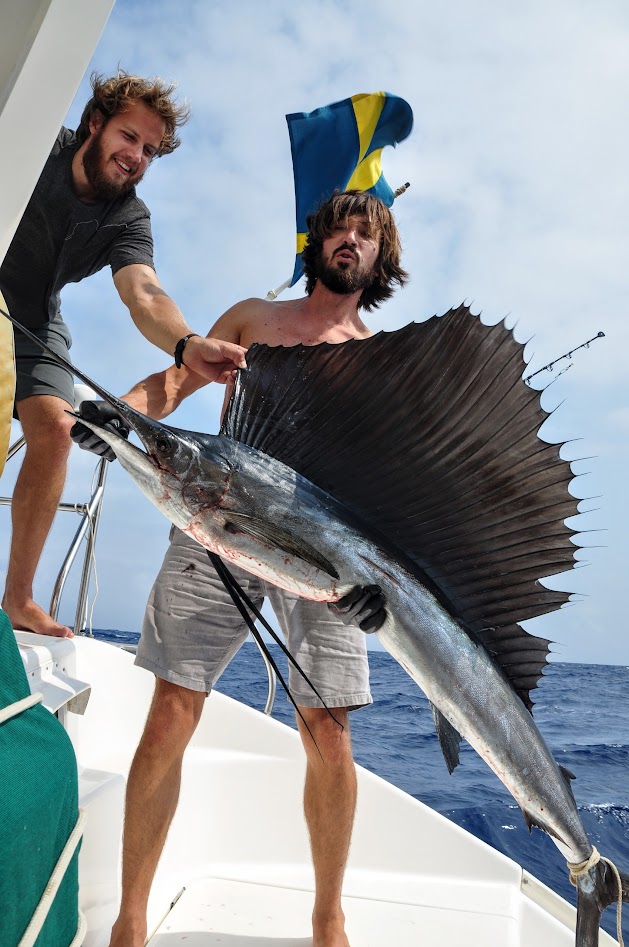 We reduced sail in the night since we had gotten more distance covered than planned and anyway arrived early, as the sun was starting to come up we could see the first small islands, covered in coconut palms. We made an extra lap out in the deep before coming in toward the shallow reef in when the sun had risen.

In the anchorage was not only Oli but also Eiki and Lubna on board Sea Change. They are the couple who had bought my old boat Odessa in Martinique three years ago and now they have a really cool Pacific Seacraft 32 that they live aboard. We all had pancake breakfast on board Santa Cruz then jumped in the water and snorkelled. At night we finally got our BBQ working (yes!) and we had a party on Kenobi. 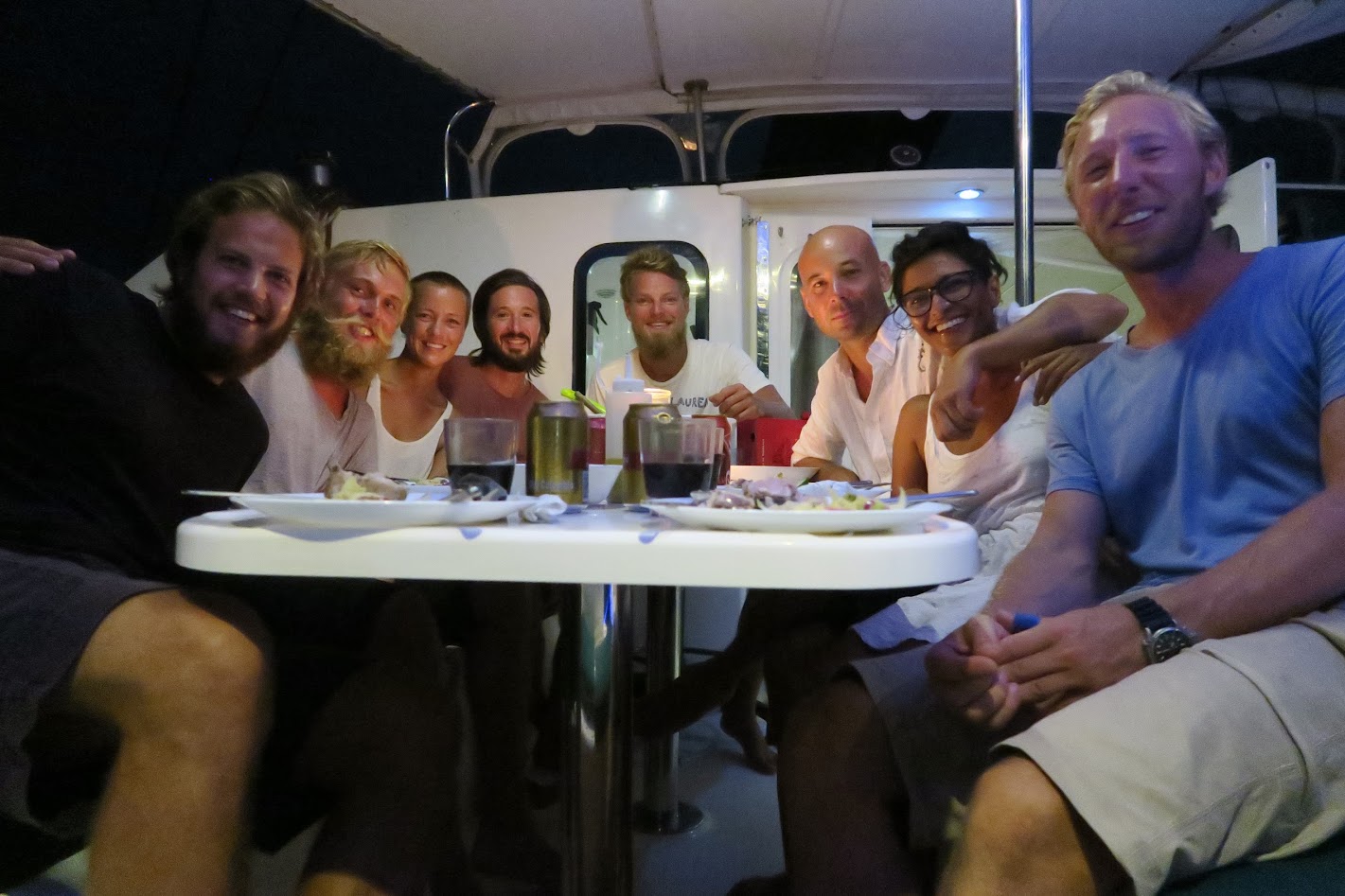 Next day we had to get going already after lunch since we planned to check into Panama in El Porvenir island. Apparently it’s a lot easier the check in with the Kunas on this small island than in bureaucratic Colon. Unfortunately it was a little too nice there in Hollandes with Oli and everyone so we arrived just when they closed at 16:30 and didn't get to clear in. At least we got to see the island that was a small town - the whole island covered with houses, very strange looking place. Even stranger was to visit their little shop in the village to buy a Digicel SIM-card with Internet credit. Crazy times. We had dinner anchored off the island and then sailed on towards Colon with a full moon lighting up the sea. 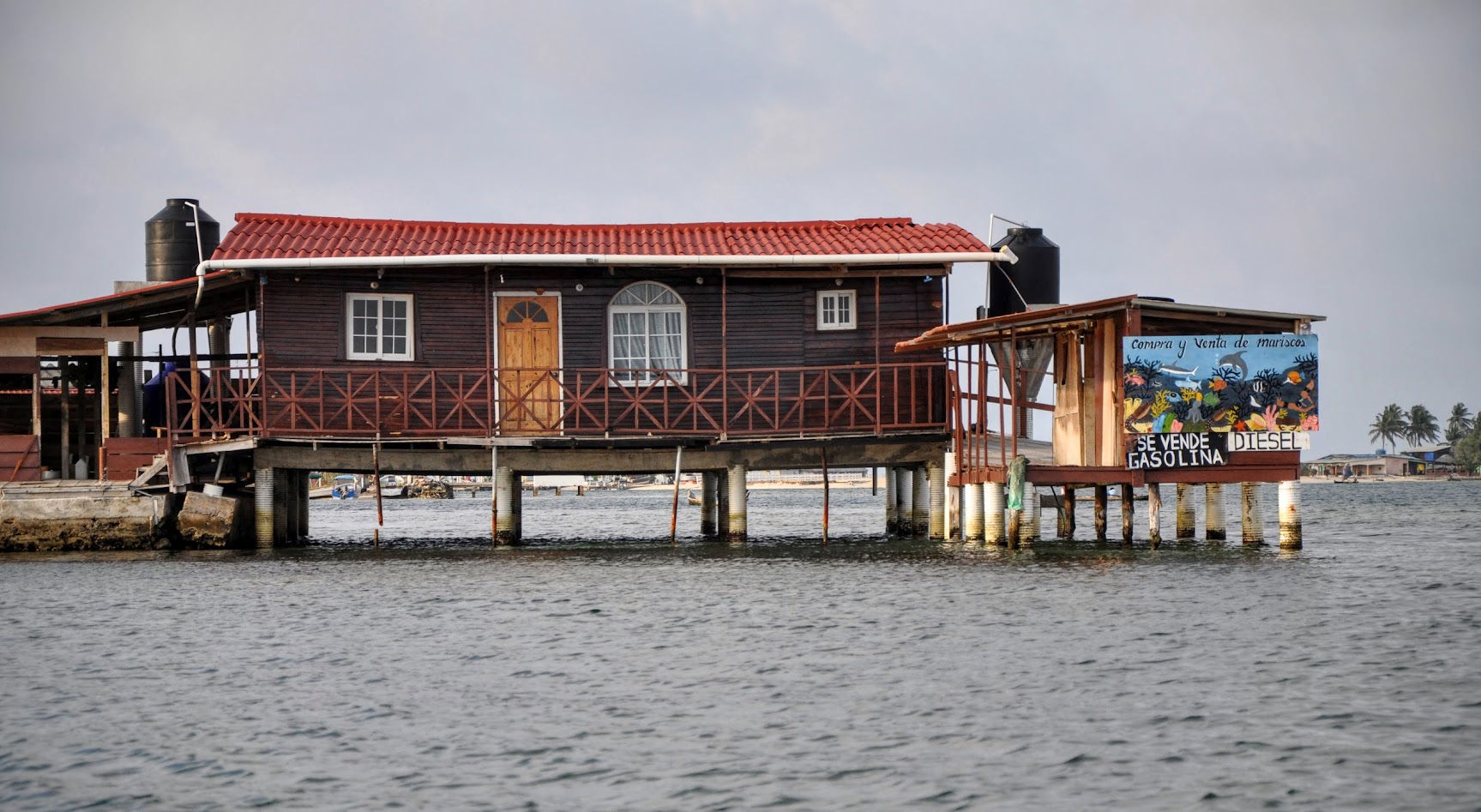 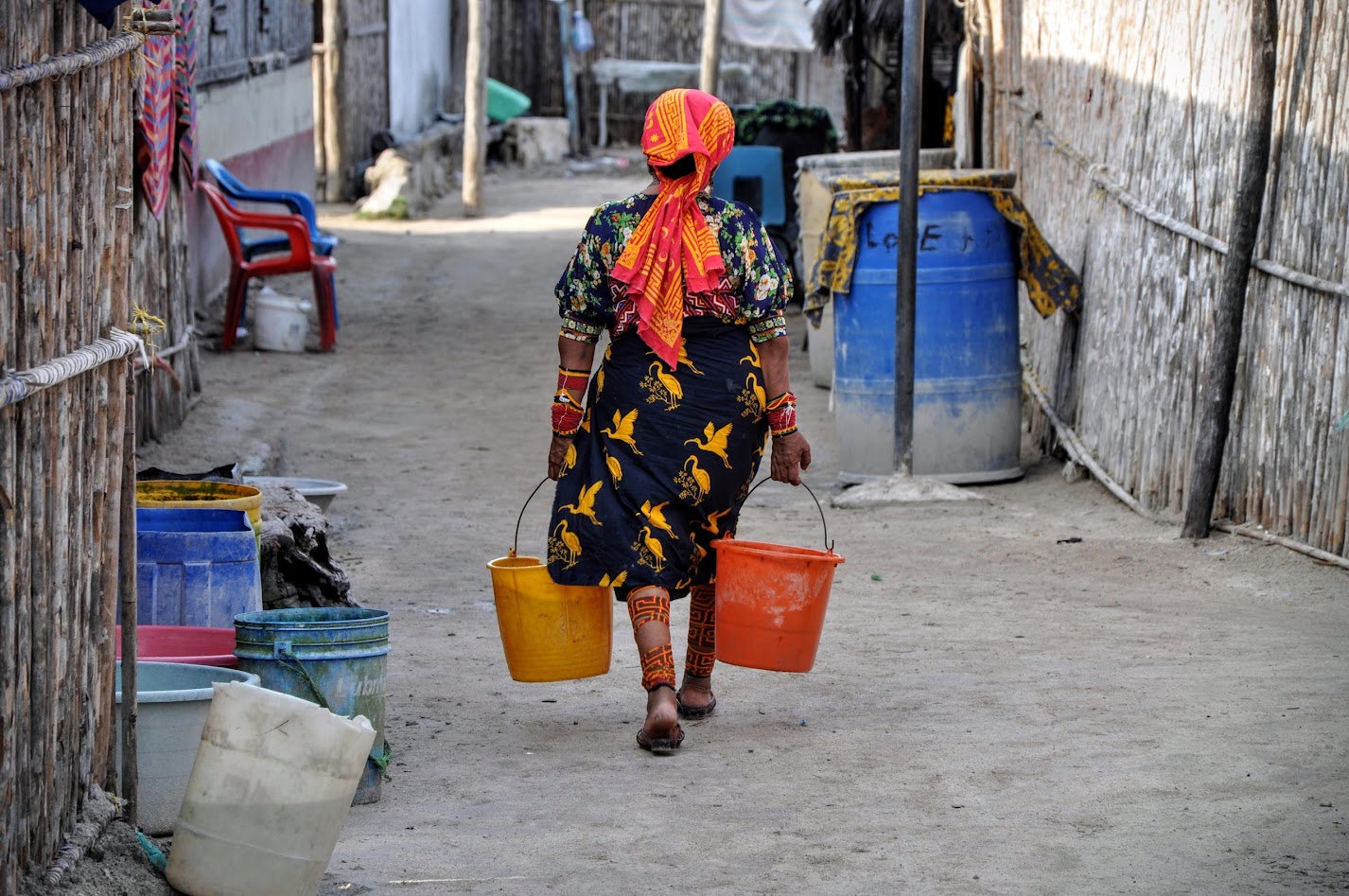 We’re now in Shelter Bay marina and getting ready to transit the canal which we hopefully will do tomorrow! It’s a great marina with a pool, restaurant and located right by the jungle filled with old american military compounds. Great running tracks and lots to explore. We also met many other sailors here, it’s a very friendly community atmosphere here and lots of stuff going on.

Hoping for a smooth canal transit and see you on the Pacific side!


To anyone interested in sailing around these beautiful waters we really recommend getting in touch with Oli and Antonia on Santa Cruz - webpage in progress but contact info can be found here here. They are nice and laid back people, we all plan to come back and cruise with them in the future.