You can understand why the Society islands is a popular place for charter sailing boats. Besides being a super exotic and beautiful place, it is also easy to navigate between the islands. Our next stop was Tahaa, only a few hours sailing from Huahine. Tahaa and the sister island of Raiatea are two separate islands that share the same lagoon. Of the two Raiatea is the more busy one being the center for the charter activities around the Societies. Tahaa is more rural and untouched. Apparently about 50% of the worlds’ total vanilla production is grown here, since we had already visited a vanilla farm in Huahine we decided to not go for a tour here. We actually did not even go ashore at all on this island. 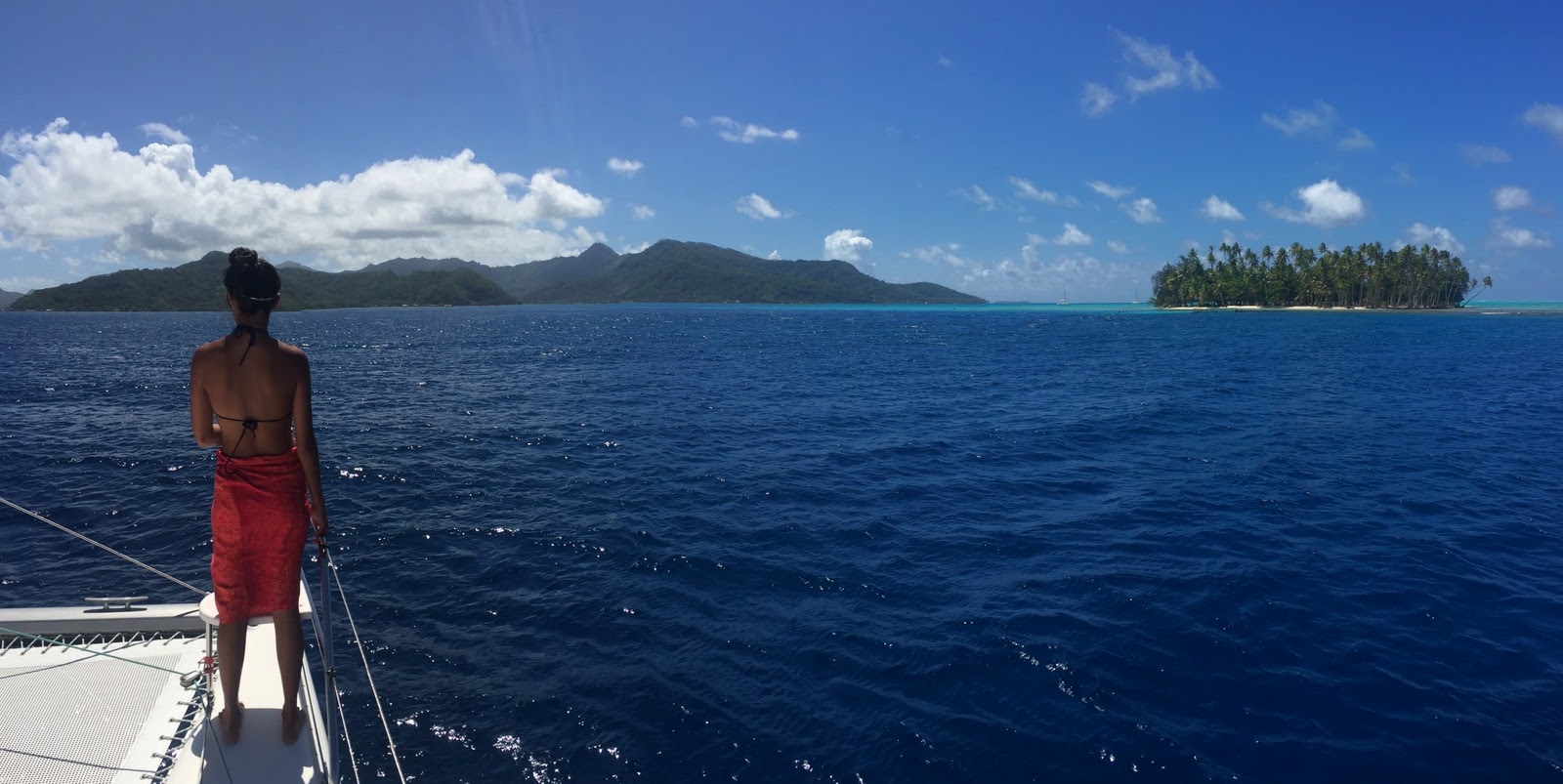 Entering the pass att Tahaa. Benedicte on the lookout. 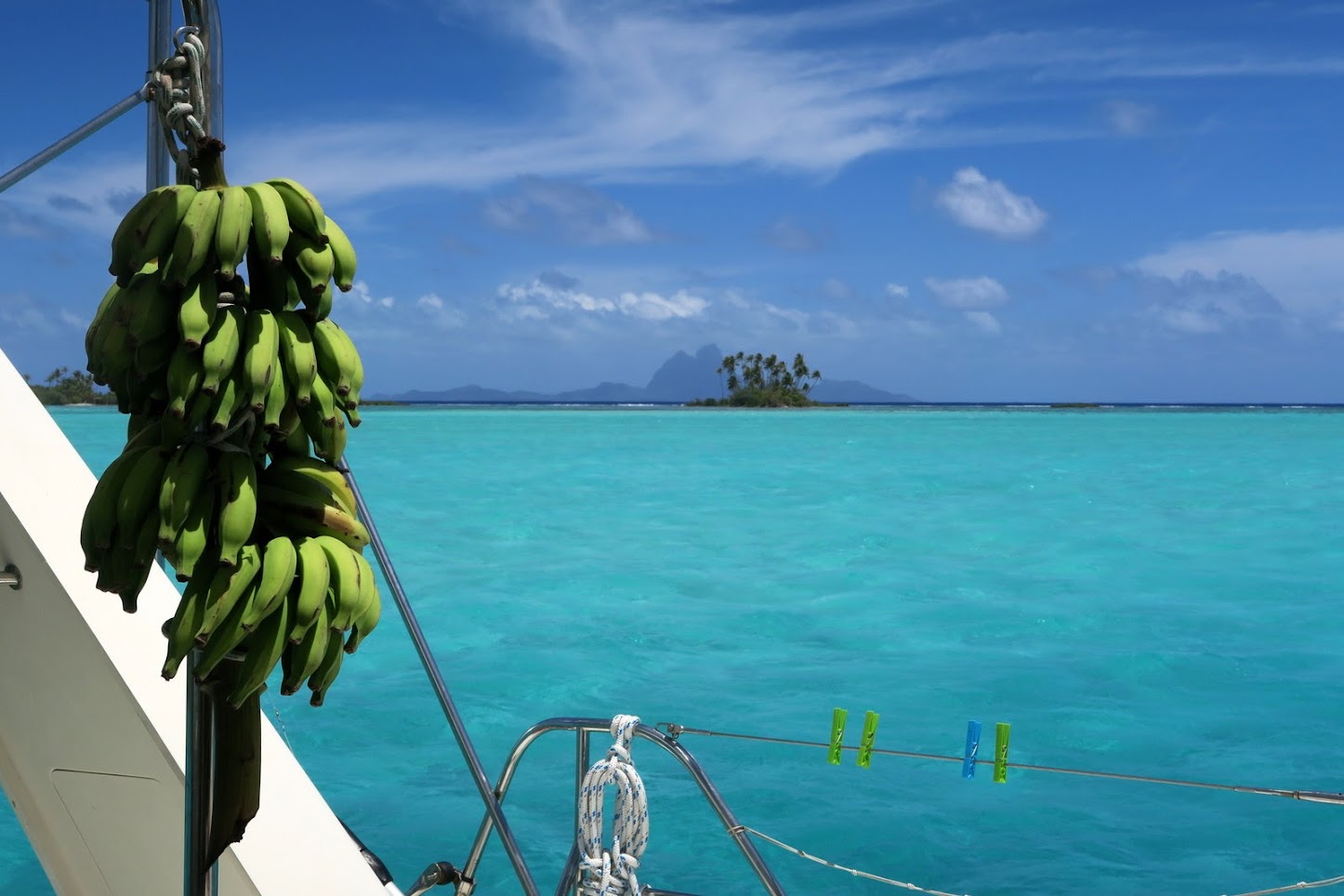 Bananas, the Tahaa lagoon and Bora Bora in the background.

We spent two nights in two different anchorages. The first night we spent at a beautiful anchorage in very shallow waters (2 M) just inside the east pass. We did some snorkeling in the afternoon and just chilled out on the boat during the evening. The next morning Simon went on an early spear gun hunt and came back with five i'ihi, one for each crew member. Benedicte made a great traditional tomato based dish for lunch. 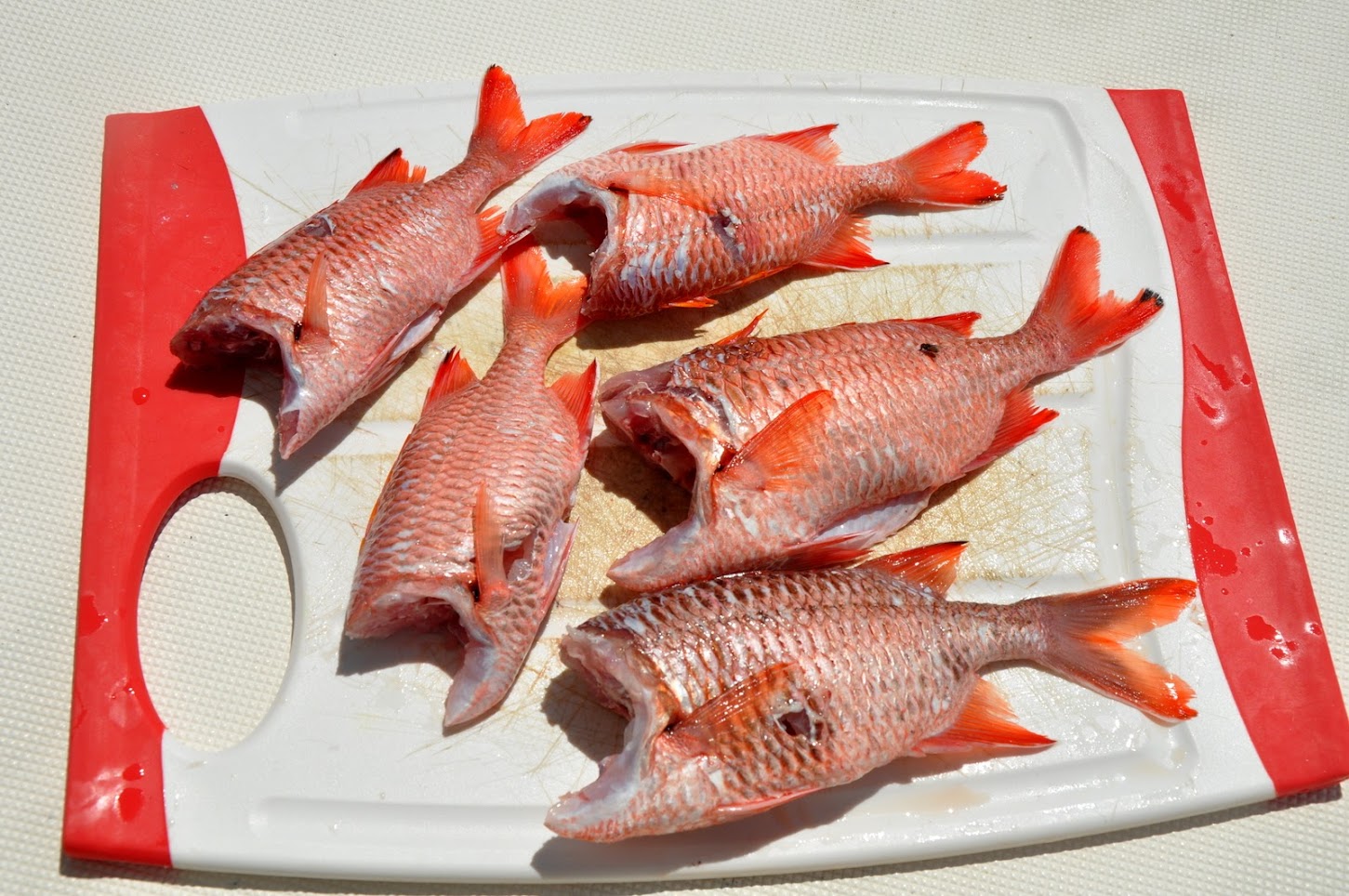 Thanks Simon for catching five nice i'ihi for lunch. Finding the fish in the "dictionary". 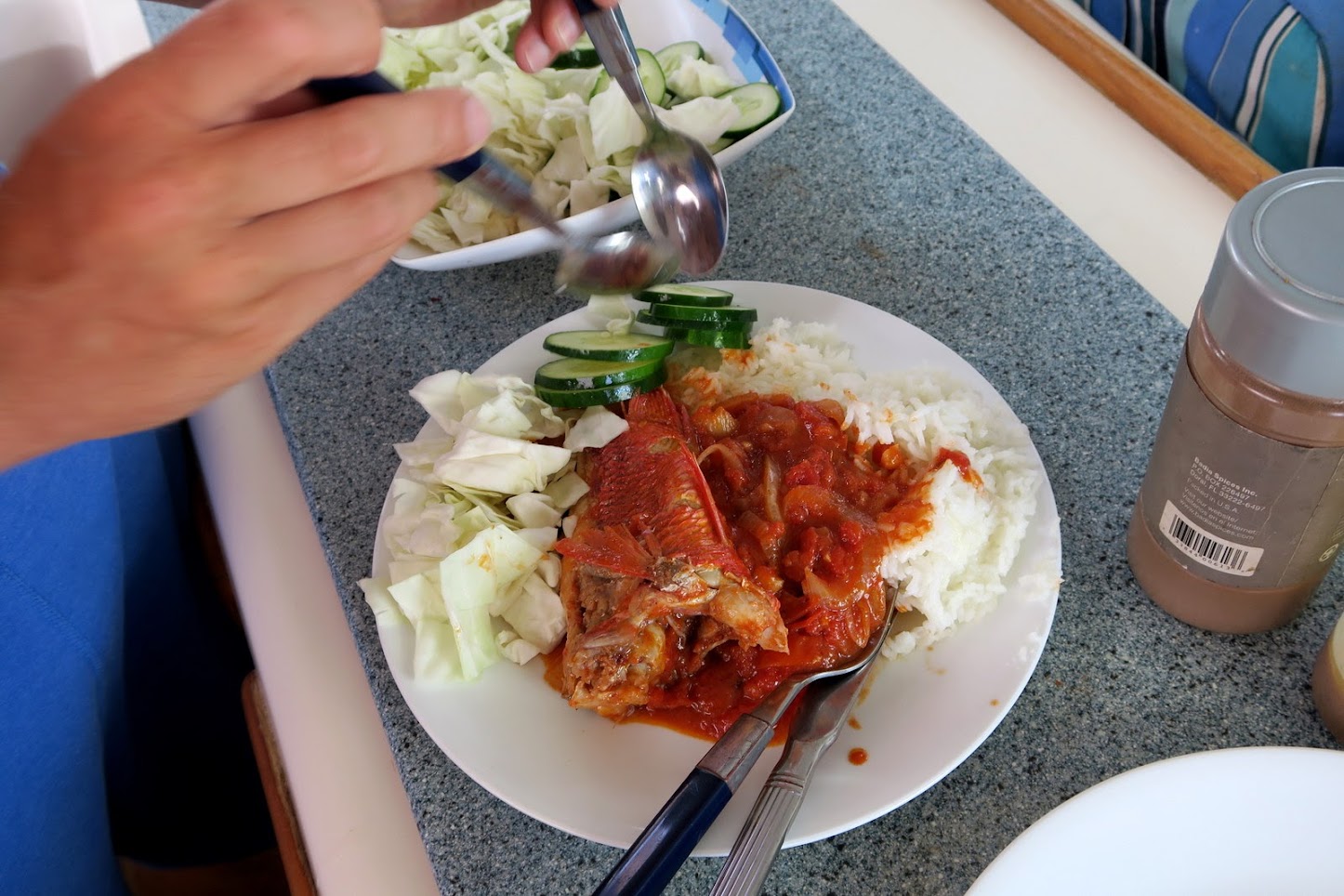 On the west side of the lagoon there is a smaller channel between two of the reef islets (motus) that is called “Coral garden”. This was a shallow channel, maybe 200 m long with heaps of coral and many fish, it was much more interesting than we expected. Spending a few weeks in the Tuamotus we have become a bit spoiled when it comes to snorkeling spots… 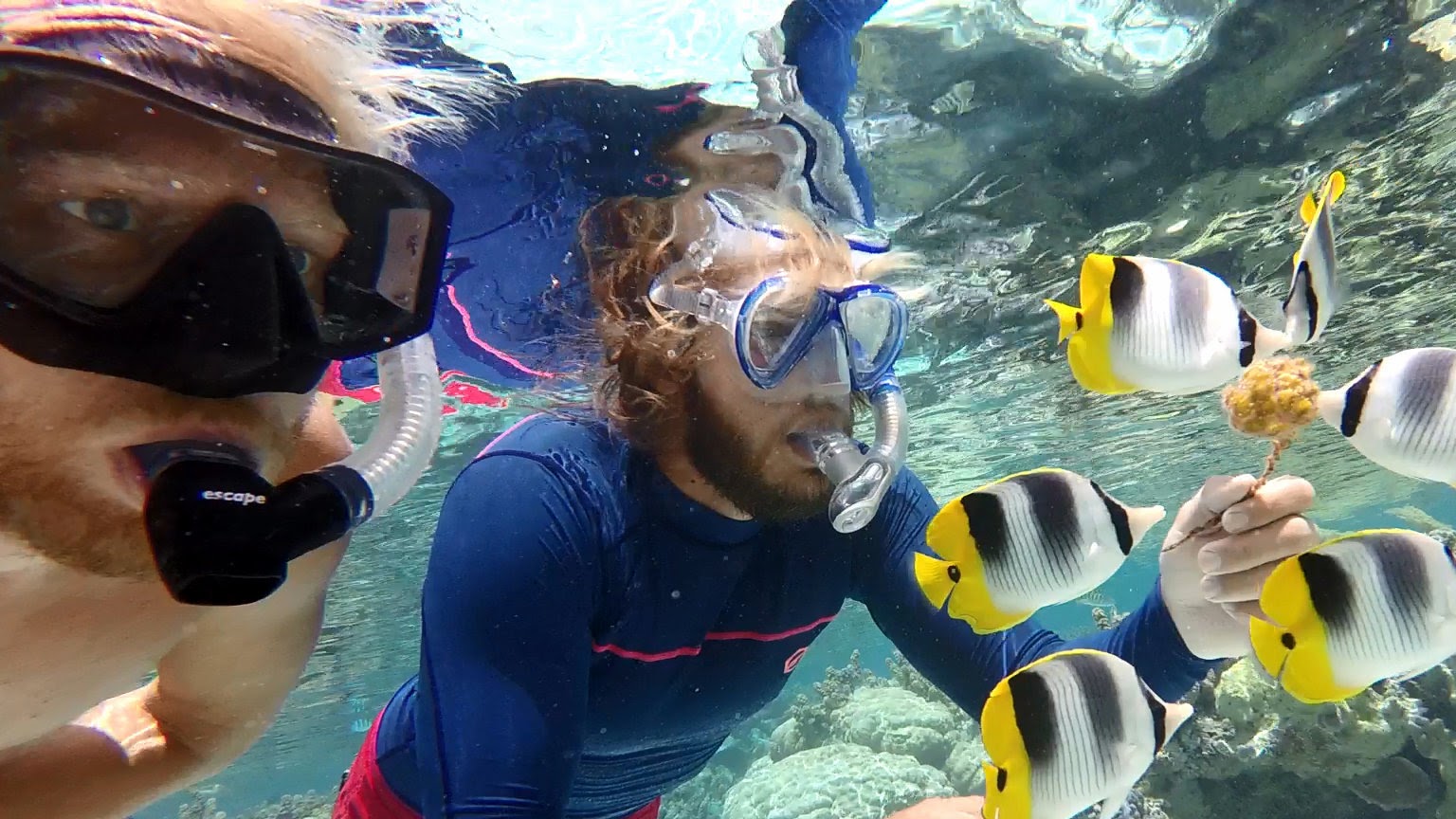 Many fish at Coral garden. 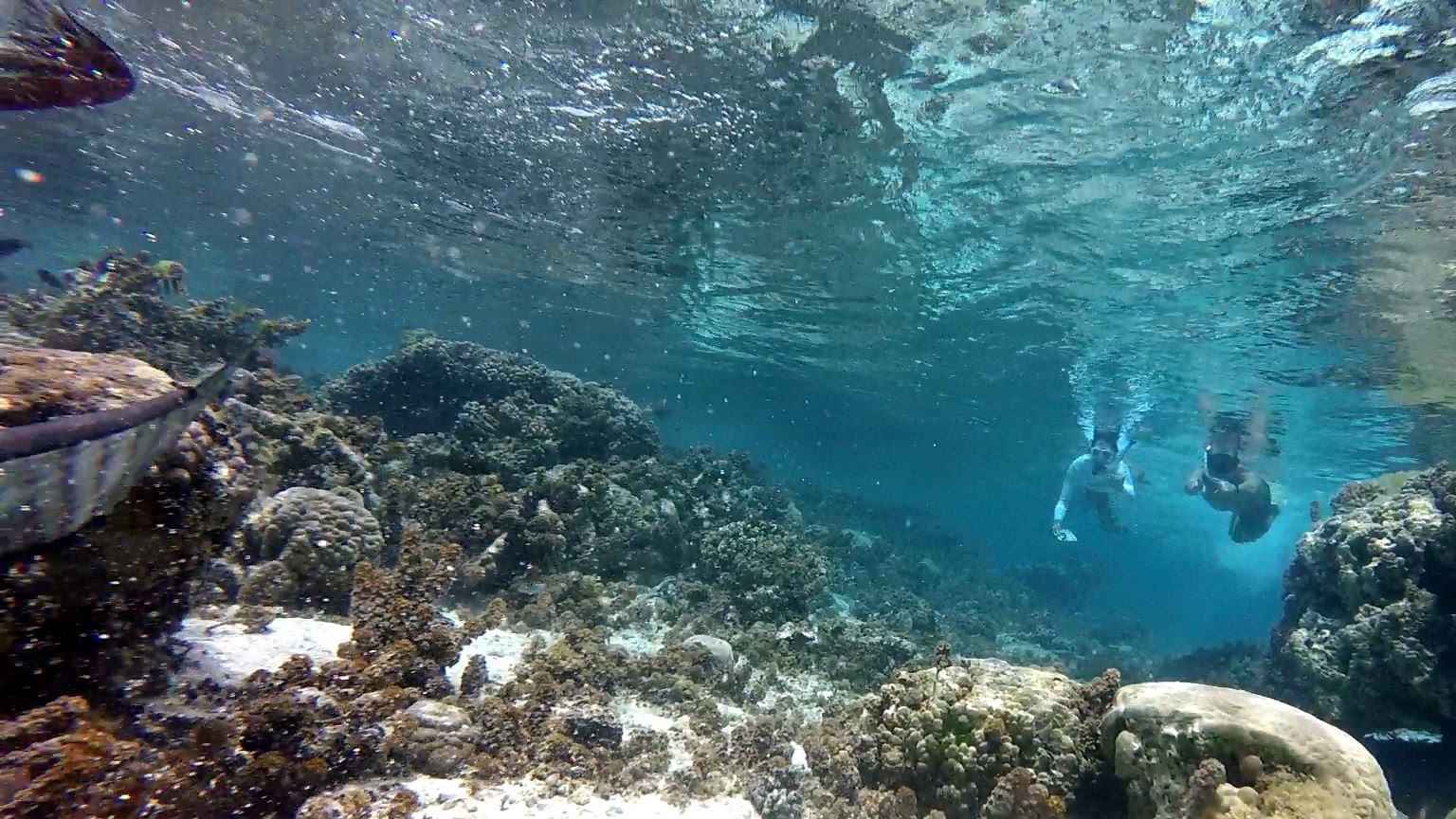 We decided to not sail down to Raiatea and go straight to Bora Bora instead. We knew we had to spend a couple of days there to prepare for leaving French Polynesia, and of course to see some of this, yet another, beautiful pacific island.